CosmoBC.com » TravelBlog » General Travel » Dangerous Travel Destinations You Should Avoid and Where to Go Instead 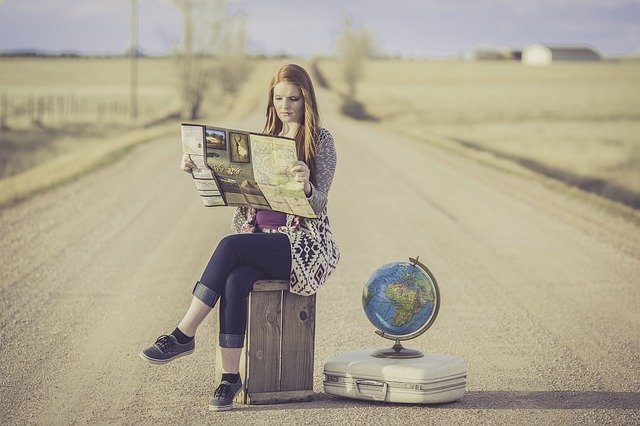 Whether it’s Civil War in Syria, a crisis in Yemen, or Ebola in West Africa, there’s always one global catastrophe or another that has percolated its way up into the news cycle. But the truth is, these limelight crises aren’t the only dangerous scenarios that exist at any given moment. There are harrowing events constantly unfolding around the globe, and it’s particularly important for a traveler to do their homework before they visit a country in order to see what the situation is like on the ground.

If you’re starting to brew up some plans for an international trip in the near future, here are a few of the top places to avoid as well as a few that merit serious consideration.

While all locations have their pros and cons, these are some of the most dangerous locations to visit as the second decade of the 21st century wraps up shop.

While popular as a travel destination thanks to its proximity to the U.S., Mexico can be a dangerous location to visit. It’s plagued with violence, as it’s chronically high homicide rate attests to. Cartel wars and tourist kidnappings are also very real threats. There’s a reason the U.S. Department of State has issued a recommendation to exercise increased caution when visiting the North American country.

Venezuela is currently experiencing a high degree of upheaval. Things like crime, kidnapping, arbitrary arrests, and even poor health are so bad that the U.S. Department of State has officially declared a “Do Not Travel” ban on the country. When the situation in a country is so severe that the residents themselves are trying to leave, it’s wise not to pay a visit.

While it’s obvious that travel to the war-torn country of Syria would be unwise, it’s also a good idea to currently avoid Syria’s neighbor, Turkey. Once again flagged by the U.S. Department of State as a place to exercise increased caution, Turkey is particularly dangerous near the Syrian border, where terrorism is the chief threat. Traveling in Turkey is sketchy enough that even cruise ships are opting to avoid a stopover.

There are always plenty of safe places to plan your trip. Here are some of the best options on the list at the moment.

According to CBS News, the United Arab Emirates is the number one safest place out of the top 37 most popular tourist locations for Americans to visit. Crime laws are strict and the entire nation has been built around a culture of tourism, making it one of the only ways to safely and comfortably visit the Middle East.

If you’re looking for peace, head to the Pacific. Australia is number four on the World Population Review peace index and remains a very popular tourist destination. From the Sydney Opera House to the Great Barrier Reef, there is plenty to see and do down under.

According to World Population Review, Iceland is the number one safest country in the world. In addition, Iceland has been actively promoting tourism and even offers a free stopover in the country if you use Icelandair to travel.

Of course, just because you’ve selected a safe place to travel doesn’t mean you should stop your planning there. When it comes to international travel, there are numerous details that should be considered before you step foot on a plane or board that cruise ship. Here are a few additional tips to think about as you prepare for your travels.

Even when you visit a country that is officially considered “safe,” it’s important to take some time to research any dangers beforehand. Tropical destinations, for instance, can be rife with Malaria-bearing mosquitoes. Fortunately, there are medications that can help lower your chances of contracting the disease.

Human trafficking is another infamous danger that should be carefully prepared for. While it may not play out like the movie Taken, trafficking has become so serious that even medical professionals are being trained to recognize the signs while on the job.

Along with physical dangers, make sure you’re equipped to handle any unsavory financial concerns. Credit card travel insurance is a great way to guard yourself against any monetary hiccups while abroad.

It’s also wise to take a little time to look into the currency exchange rate in a particular country. At times you may find that your money can go farther than expected. However, if you discover that the exchange isn’t in your favor, it may prompt you to look for a more affordable location to visit.

Keep Tabs on the Homefront

If you’re going to travel abroad, it’s wise to take steps to leave your home safe and secure while you’re away. Make sure to prep your homefront to protect it against things like crime and safety hazards while you’re on vacation.

Finally, for all of the concerns, dangers, and logistics, you also want to take time to look up some fun activities to do while you’re traveling. If you’re in Bangkok, you’re going to want to look for some of the delicious local street food. If you’re in Paris, make time for a trip to the Eiffel Tower. Whatever the location, make sure to make some preliminary plans for the fun that lies ahead.

Traveling can have its concerns. However, if you take the time to carefully select a location and then go into your travels as well-informed as possible, you’ll be able to enjoy your adventures without that lurking fear that something is going to go wrong.

Whether you’re heading to the South Pacific, stopping over in Iceland, or booking a room in a fabulous United Arab Emirates resort, a little forethought can make any trip well worth the effort.